Bridging the gap between those in need and those with a compassionate heart willing to make a difference. Positively impacting and improving the quality of life for the homeless and indigent by providing basic human necessities. Delivered with compassion, dignity, and respect.

THE STORY OF HOW IT ALL BEGAN …

Sometimes you see a need first hand… and know in your heart that you cannot simply ignore it. Almost instinctually, you know that you personally must do what you can.

And that is exactly what happened in June 2015 during a conference in Downtown Atlanta. While returning back to the downtown area after having dinner in a favorite neighborhood on the outskirts of the city, we drove through a large underpass and were shocked by the number of homeless people bunking down for the night. We arrived back at the hotel with that image emblazoned in our minds. The image simply couldn’t be erased. While society seemingly had forgotten these human beings… we could not.

Although it was logistically impossible to drastically change all of their lives, the decision was made to do something to make their life a little more pleasant for at least that evening. We wanted the bridge-dwellers to know that fellow humans cared for them.

After a call to the local McDonald’s to order 100 cheeseburgers – which initially was thought to be a prank until Larry Flaxman spoke with the Manager and explained the seriousness of the request. We then rounded up a few friends and spent the evening handing out cheeseburgers and drinks to the homeless citizens on the streets of Atlanta.

Fast forward 5 months, the memory of those individuals on the streets of Atlanta, and a very cold winter quickly approaching ….. Project Winter Warm Up was born! With approximately three weeks of planning and collecting coats, jackets, scarves, gloves, and other warm items, we were able to gather over 160 items for distribution.

The outpouring of support that we received was phenomenal. Without all of the generous donations and the selfless help of incredible friends, it would not have been possible. It is absolutely true that success is a team effort. After bagging up each item by size, and throwing in some small extras (bottle of water, etc.) we were off. Our first stop proved to be our only, as we very quickly gave away EVERY SINGLE BAG. We anticipated distribution to take a few hours, however, we were done within 45 minutes.

Both of those experiences left a desire in our hearts to do even more. Fueled by that desire to do more The Bridge of Compassion Foundation was born.

“Volunteers do not necessarily have the time; they just have the heart.”  ~ Elizabeth Andrew

Volunteers are essential to how we serve the homeless community.
Without the dedication of others, we could not do what we do! 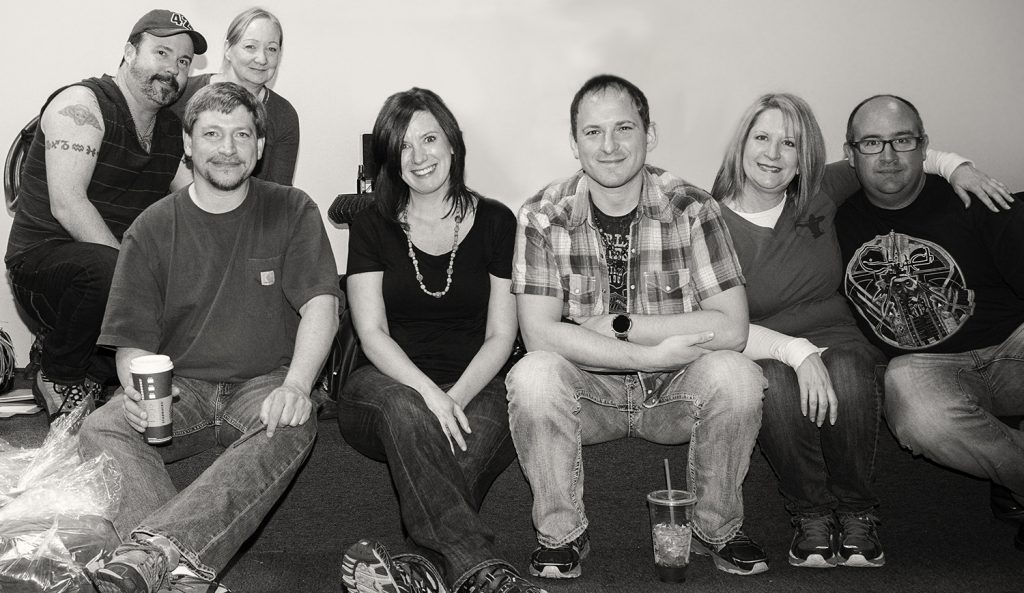 A few of the amazing volunteers who helped us make Project Winter Warm Up 2015 a success.